On September 2, 2015, the Dallas County Grand Jury (Texas) entered a “no-bill” against our client for charges against him for Evading Arrest & Detention with Motor Vehicle. Under Section 38.04 of the Texas Penal Code, a person commits an offense if he “intentionally flees from a person he knows is a peace officer attempting lawfully to arrest or detain him”.  Our client was facing 10 years in state prison with a fine not to exceed $10,000.00 because a trooper with the Texas Department of Public Safety alleged that our client fled from his detention on a high-speed chase for more than 7 miles. The trooper alleged that he activated his sirens, lights, and “stop gear” to pull over our client for speeding and improper lane change, whereupon he and other motorcyclists increased their bikes to speeds over 100 MPH. After our client was arrested, he hired our firm and attorney Stephen Le Brocq began working quickly before the case was scheduled for Grand Jury hearing. Stephen Le Brocq submitted a Grand Jury packet to the jurors and had the defendant testify on his own behalf. The Grand Jury was convinced that there was no probable cause to proceed and a no-bill was entered. A no-bill is rare to obtain and was the only no-bill obtained in Dallas County on that day. The client is very satisfied and his Expungment Petition was filed two days after the no-bill was entered. Do not wait to hire an attorney until you are indicted. An experienced attorney can analyze the facts of your case from the moment of your arrest and seek all available options under the law to fight on your behalf. 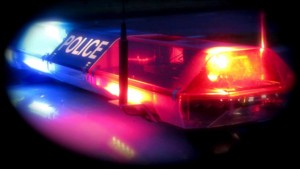